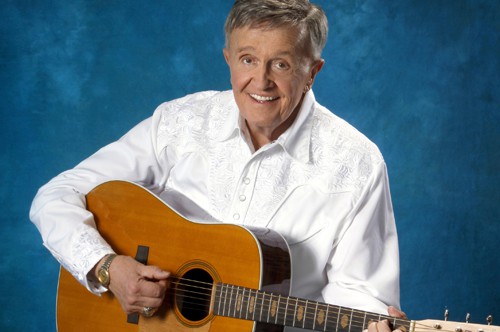 Bill Anderson is country music royalty that is best known for hit songs like“Po’ Folks,” “Mama Sang a Song, “The Tips of My Fingers,” “8×10” and the unforgettable country and pop smash, “Still.”

With a soft vocal style that’s instantly recognizable on country music airwaves, Bill has a long list of unprecedented accolades and awards to his name. He has released more than 40 studio albums and has celebrated seven number 1 singles. Most recently, Bill released his album, “Anderson” which features the hit “Waffle House Christmas.”

As a member of the Grand Ole Opry, Songwriters Hall of Fame and Country Music Hall of Fame, Bill is the only known songwriter in the history of country music to achieve an entry on the country charts for seven consecutive decades, and was the first recipient of the BMI Icon Award.

Bill’s penned hits for other artists include:
“Whiskey Lullaby ” (Brad Paisley/Alison Krauss), “A Lot of Things Different” (Kenny Chesney), “Give It Away” (George Strait) and “Country” (Mo Pitney), among others.

Bill Anderson is a decorated TV Personality too, having hosted ABC’s “The Better Sex,” and “Fandango.” He has made appearances on “Country’s Family Reunion” and “Larry’s Country Diner.” Additionally, Bill has written several books, including his autobiography, “Whisperin’ Bill Anderson: An Unprecedented Life in Country Music”
published by University of Georgia Press.