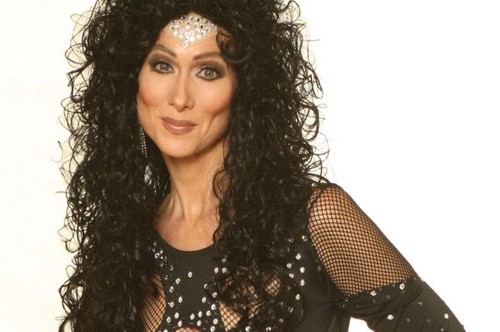 The Look… The Voice… The Illusion! Widely recognized as one of the world’s foremost Cher Tribute Artists, Lisa Irion as entertained audiences across the USA and internationally since 2003 with her LIVE VOCAL, AUDIENCE INTERACTIVE show in DAZZLING replicas of costumes Cher has worn onstage. A two time international tribute industry award winner in Las Vegas, she’s been filmed by The Tonight Show with Jay Leno, Rachel Ray Show, Lifetime TV, and a television show in the UK hosted by British TV personality, Justin Lee Collins.

She’s been featured in articles by the New York Times, Washington D.C.’s Wilson Quarterly, and Singapore’s Electric New Paper. Her makeup transformation from Mom to Cher was featured in MORE Magazine.

Backed by the Gypsies, Tramps & Thieves Band, the audience will be taken down memory lane with Cher’s hits from the 1960’s through the 2000’s with hits like All I Really Want to Do, I Got You Babe, Half Breed, The Way of Love, Take Me Home, Turn Back Time, Just Like Jesse James, Believe and MORE!

This is a must see Tribute Show!