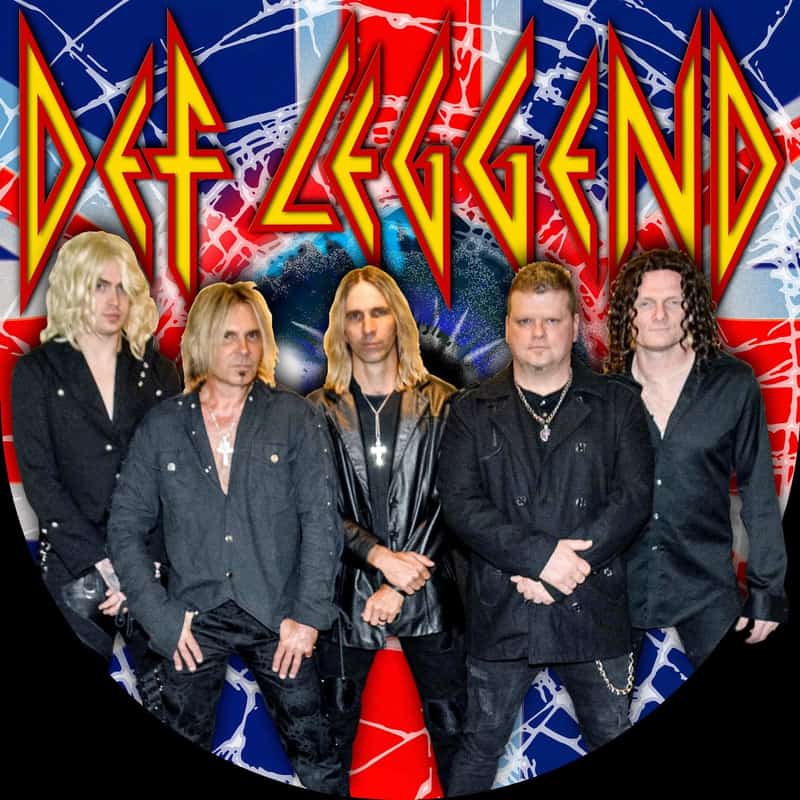 DEF LEGGEND is the most authentic Def Leppard Tribute in the world. They provide an experience of sight and sound unmatched by any other Def Leppard tribute. DEF LEGGEND is made up of veteran musicians mostly local to Dallas, Texas. Their members have a combined 100 years of playing experience and have previously played in very successful bands traveling extensively and performing at some of the most incredible venues and festivals in the country. Such venues would include House of Blues locations in Dallas, Houston, Cleveland, Myrtle Beach and Orlando, as well as The Jack FM Throwback Music Festival in Dallas in 2012, 2013, 2015 and 2016. DEF LEGGEND has also become a favorite of the Casino circuits in Oklahoma and Louisiana. Being referred to as “The next best thing to Def Leppard” is an honor DEF LEGGEND never takes for granted and is a title they work tirelessly to earn show after show. No one leaves a DEF LEGGEND performance without believing they have just seen the best “Def Leppard Tribute Experience” in the world!