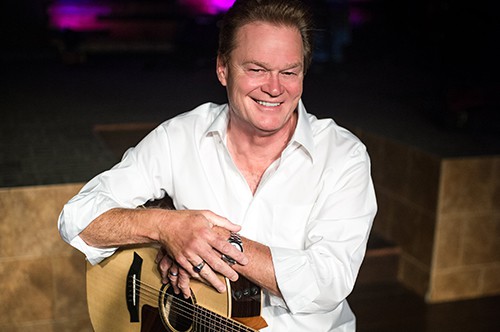 Doug Stone made his debut in 1990 with the single “I’d Be Better Off (In a Pine Box)”, the first release from his 1990 self-titled debut album for Epic Records. Both this album and its successor, 1991’s I Thought It Was You, earned a platinum certification from the Recording Industry Association of America. Two more albums for Epic, 1992’s From the Heart and 1994’s More Love, are each certified gold. Stone moved to Columbia Records to record Faith in Me, Faith in You, which did not produce a Top Ten among its three singles. After suffering a heart attack and stroke in the late 1990s, he exited the label and did not release another album until Make Up in Love in 1999 on Atlantic Records. The Long Way was released in 2002 on the Audium label (now part of E1 Music), followed by two albums on the independent Lofton Creek Records.

Doug has charted 8 #1 hits and 15 top 5 singles! His acoustic show here at the “most intimate venue in Texas” is sure to be one of the highlights of our season! Don’t miss this experience! Doug Stone up close and personal!