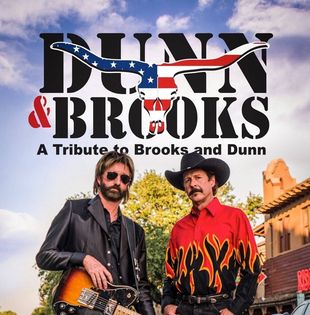 Dunn & Brooks is a tribute to the iconic country music duo of Brooks & Dunn. Front men Brian Parker as Ronnie Dunn & Mike Self as Kix Brooks are backed by former career touring musicians that love the intricacies of the original Brooks & Dunn studio sound. The band works to play the music as heard straight off of the album with a few covers that Ronnie and Kix recorded from time to time. With over 40 top 10 Billboard hits with 20 of them being number 1, the band ensures that no two shows are ever the same.