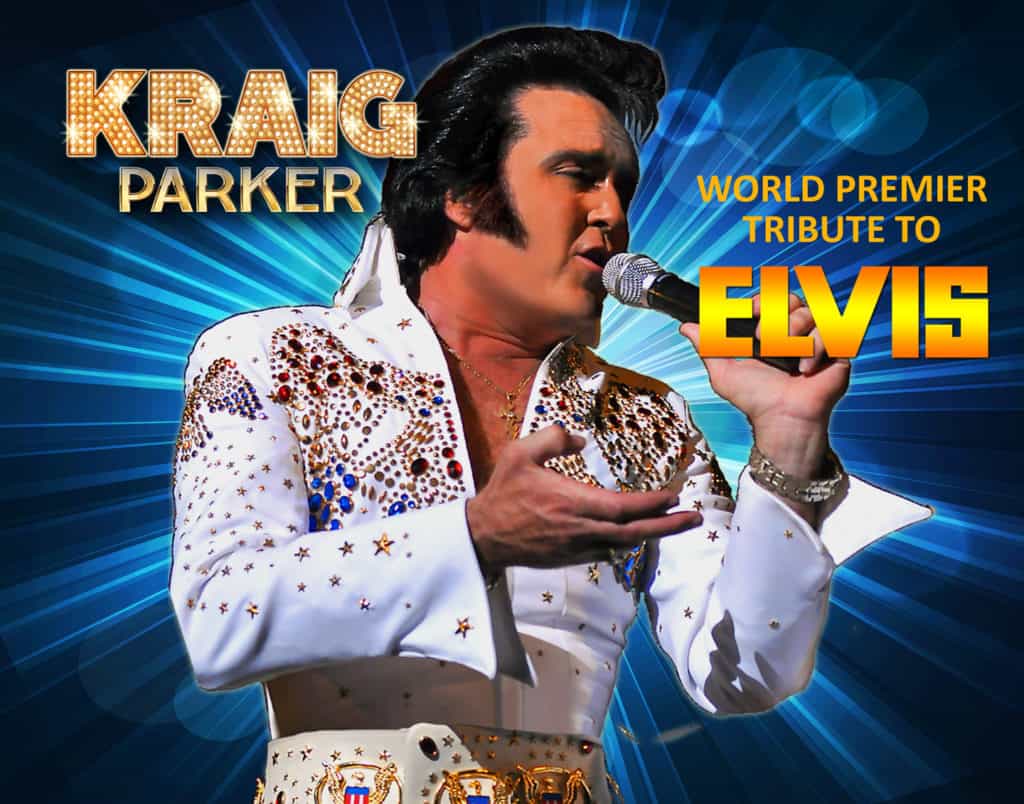 Don’t miss Kraig Parker’s award winning tribute to Elvis Presley, a world class show that has astonished audiences for over 20 years. Parker has performed across America and Europe at casinos, performance halls, cruise ships and with major symphony orchestras, including headline shows in Las Vegas. Kraig Parker’s powerful voice, electric moves and tasteful charisma will leave you ‘all shook up’ and screaming for more!

Unlike many imitators, Parker travels and performs with his very own 10-piece group, the Royal Tribute Band. He has also toured with Presley’s original vocal groups The Jordanaires, The Stamps Quartet and The Sweet Inspirations, as well as multiple events with Elvis’ body guards Sonny West, Sam Thompson and Dick Grob. Parker is personally managed by Charles Stone, Elvis Presley’s former tour producer from 1970-1977.

This is one electrifying performer not to be missed. Even critics have claimed “this is as close as it gets!”
London Times, August 2004, hails
Kraig Parker
as the world’s foremost Elvis tribute performer.