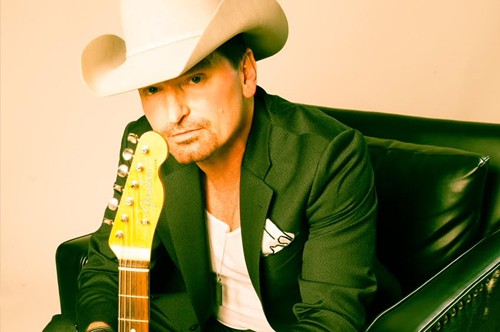 Four albums (and countless songs written for other artists) into one of country music’s more esteemed careers, country recording artist/songwriter George Ducas continues to evolve. His latest evolution comes in the form of YELLOW ROSE MOTEL, a project that stands as his most comprehensive and cinematic to date. YELLOW ROSE MOTEL comes packed with everything from smash singles that remain true to Ducas’ modern day-roots country hybrid style to completely-off-the-rails story-telling songs that leave a mark on the listener long after they’re heard.

The album both firmly reestablishes Ducas’ country roots and secures his status as a highly respected artist in the country music industry. Written and recorded in several Nashville recording sessions throughout 2017 and 2018, the album draws its name from the title track “Yellow Rose Motel”, a song Ducas says is “inspired by and is an ode to Willie Nelson’s Red Headed Stranger”, an album largely credited with the rise of country music’s outlaw movement. “Yellow Rose Motel” itself is an epic tale, exploring the both passion and the darker side of desire, wrapped up in a sordid love-lust tragedy. “Yellow Rose Motel” works as a commentary on love, lust, heartbreak, and darkness – and it is also particularly appropriate for Ducas, as a prolific songwriter who aptly notes that “some of the best songs come from times when we identify with those feelings that put us either on top of the world or, in this case, emotionally destroyed. When music is at its best, whether we are creating it or taking it in, it gives us the chance to explore our own emotions and experiences, think them through, and hopefully overcome life’s hardships.” The range of emotions we all experience that are reflected in YELLOW ROSE MOTEL demonstrates a new artistic depth and an extra level of intensity for Ducas. Ducas re-enlisted co-producer Matt McClure, who worked on Ducas’ previous 4340 album; and, once again, as is always the case, the consummate artist/songwriter had a hand in writing every song on the album. Track to track, his newest offering reinforces that Ducas’s hit songwriting instincts are stronger than ever. The lead focus track, “Eastwood”, is a shimmering, uniquely “American” love song, drawing upon
character images played by the iconic actor – leaving every man wanting to be him, and every woman wanting to be with him.

With the album in the making, Ducas endured the passing of his mother in California. “Mom was – and still is – the driving creative force in my life. She was the true poet in the family; whatever creative gene I possess, I’m positive it comes from her. Some of the best, last memories I have with her are driving her around out in California, playing her some of the songs I was in the process of recording for YELLOW ROSE MOTEL. Those are memories I’ll keep for the rest of my life, and ones I’ll have every time I play these songs onstage.”