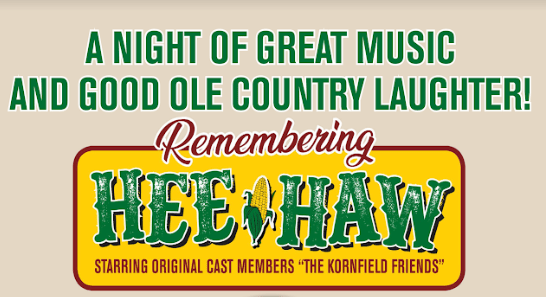 HEE HAW is only one of a handful of television programs that have had a profound and lasting influence on American culture with many of its skits today being woven into the American comedic fabric. Lulu Roman,, Jana Jae, and T. Graham Brown– all three cast members of the hit country music variety show HEE HAW – bring a touch of ‘Kornfield Kounty’ to fans nationwide! The hit television show, which continues to air on RFD-TV in re-runs, take the viewer to their happy place in time with some rural culture, fun humor, and some great country music. The show gets the audience involved from the beginning to the end. Whether singing, clapping, laughing or crying, this show has something for everyone. LULU ROMAN served up many laughs and, well, some greasy food at Lulu’s Truck Stop where the food and customer service was usually pretty bad. In addition, Lulu is remembered for being a member of the Hee Haw All-Jug Band and her sitting around on an old-fashioned sofa in the parlor being a deadpan character and commenting. JANA JAE is known for having the “Blue Fiddle” and taking the Hee Haw audience on a musical journey. Jana performed as part of the Buck Owens band as well as a soloist.