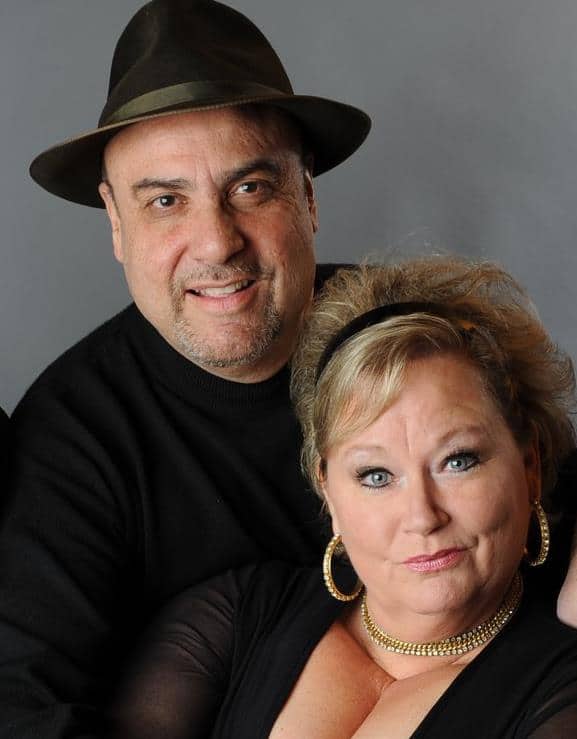 JetBlacq is a husband and wife DUO living in Granbury, Texas! We perform all the great American songbook classics with fresh and inventive arrangements and song stylings. JetBlacq offers it’s audiences sophisticated swingin’ fun performing all genres of music up to present day hits.

JetBlacq delivers an eclectic, energetic, clever and entertaining performance singing the best of the Great American Songbook, country, latin jazz and more! Featured vocalists, Rebecca Faiola and Frank Faiola (also on sax and flute) are working with a sound engineer to create entertaining shows in all settings. Our previous band included the finest SF bay area musicians including Brian Cooke(piano) and Larry Dunlap (piano), Robb Fisher and Fred Randolph (bass) and Bob Scott and Jack Dorsey (drums) plus others. We add other instrumentalists to create a larger sound when needed. You tell us what you want. With a theatrical background, Rebecca lends more than most to every performance! The marital banter between Rebecca and Frank on stage is hysterical and it’s always a fun and entertaining show!

From sophisticated Sinatra, Rat Pack, 007, Swingin’ Sixties and Seventies themes they perform recognizable classics from the American songbook, jazz, rock, swing, country, soul, Latin to current pop tunes –JetBlacq does it all! Their holiday show “Jingles with JetBlacq” is endearing and so joyous to see!

Rebecca, originally from Dallas Texas, began performing at a very young age. Her talents include clarinet, choir, theater, musical comedy, opera, sketch comedy, acting on stage, in films and singing jazz and all genres. She attended the University of North Texas studying music where she was first introduced to jazz. Rebecca delights in making audiences feel happy, reflective, and intrigued! Watch for her fun costumes too with “schtick” that’s hilarious and the joking with her real-life husband is fun too! Rebecca was involved in the cabaret scene in SF and

enjoyed a successful multi-year run atop San Francisco’s prestigious Nob Hill winning the Cabaret Gold Award appearing in “Nashional Anthem” and has performed in bands and shows for years. She was the hysterical “Ghost of Christmas Present” for five years. Rebecca also teaches voice and acting and has appeared in movies and on television.

Frank, originally from Niagara Falls New York, is a trained instrumentalist and Sinatra-esque singer with his own distinct style and sound! Enjoy his renderings of old favorites and vocal gymnastics as he endeavors to sing those lyrical tunes.

Having performed in bands on both the east and west coasts, Frank brings to the stage his Italian mobster personality but he’s much more fun! Frank’s talent on alto sax is astounding and soulful!