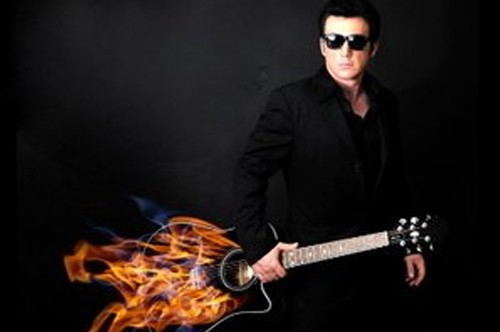 Nashville recording artist Doug Allen Nash grew up on a farm in Northwestern Illinois. After a personal conversation with Johnny Cash, he was inspired to create a tribute to the musical legacies of the musical legend and June Carter Cash.
Nash captures the appearance, vocals, speech, mannerisms and spirit of Johnny Cash and introduces one of his own songs, “June,” cowritten and co-produced with Jeff Silverman in Nashville. The engineering mix was done by Grammy Award winners John Carter Cash and Chuck Turner.
The performer, writer and publisher has also scored hits internationally, with “Long Legged Guitar Pickin’ Man” and “If I Give My Soul” reaching No. 5 and No. 14 on Europe’s top 200 Country Chart, with airplay in more than 17 countries.
Nash, who lives in the Dallas area, has performed in more than 85 countries while touring for USO, MWR and Armed Forces Entertainment. He received the U.S. Department of Defense’s Certificate of Esteem Award, Certificate of Appreciation Award and the Republic of Korea’s Apple of Excellence Award.
The gifted singer and showman has been inducted into the Legends of South Dakota Country Music Hall of Fame and performed nationally from the Las Vegas strip to major casinos and resorts like The Opryland Hotel, Sun Valley Ski Resort in Sun Valley, Idaho, Viper Room in Hollywood, Calif., and Caesar’s Palace in Las Vegas. In addition, Nash has opened for Wayne Newton, Charlie Daniels, Huey Lewis and the News, The Oak Ridge Boys, Montgomery Gentry, The Beach Boys and numerous other national artists.