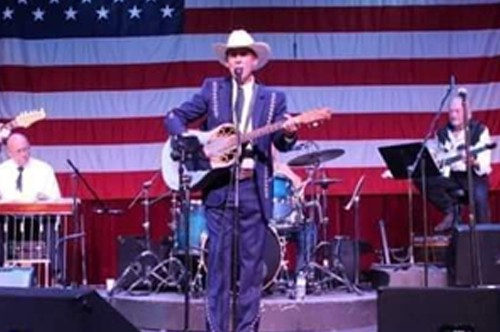 Grammy nominated singer/songwriter Mel Tillis, Jr. is proudly carrying on the musical tradition set forth by his father, Country Music Hall Of Famer Mel Tillis.
Born in Nashville TN, Mel Jr. aka ‘Sonny Boy’ was the 4th to come along for Mel and Doris Tillis.

Mel was working with Grandpa Jones in Kellogg, Idaho back in 1963 when right before he was set to go onstage someone said, “Mel, it’s Baptist Hospital in Nashville! Doris had a little boy!” Mel and Doris had three girls before Mel Jr. came along so naturally they were happy to have a son. Mel said, “I finally got me a little sonny boy!” Well folks, it stuck, and Mel Tillis Jr. will tell you he will always be not only Mel Jr., but Sonny or Sonny Boy to family and friends.

As a performer, Mel Jr. has appeared on stage not only as a solo act but, also with his father touring coast to coast, before his passing. Mel Jr.’s mission is to not only sing to people but to let folks get to know him through song and honest little stories his daddy was so good at.