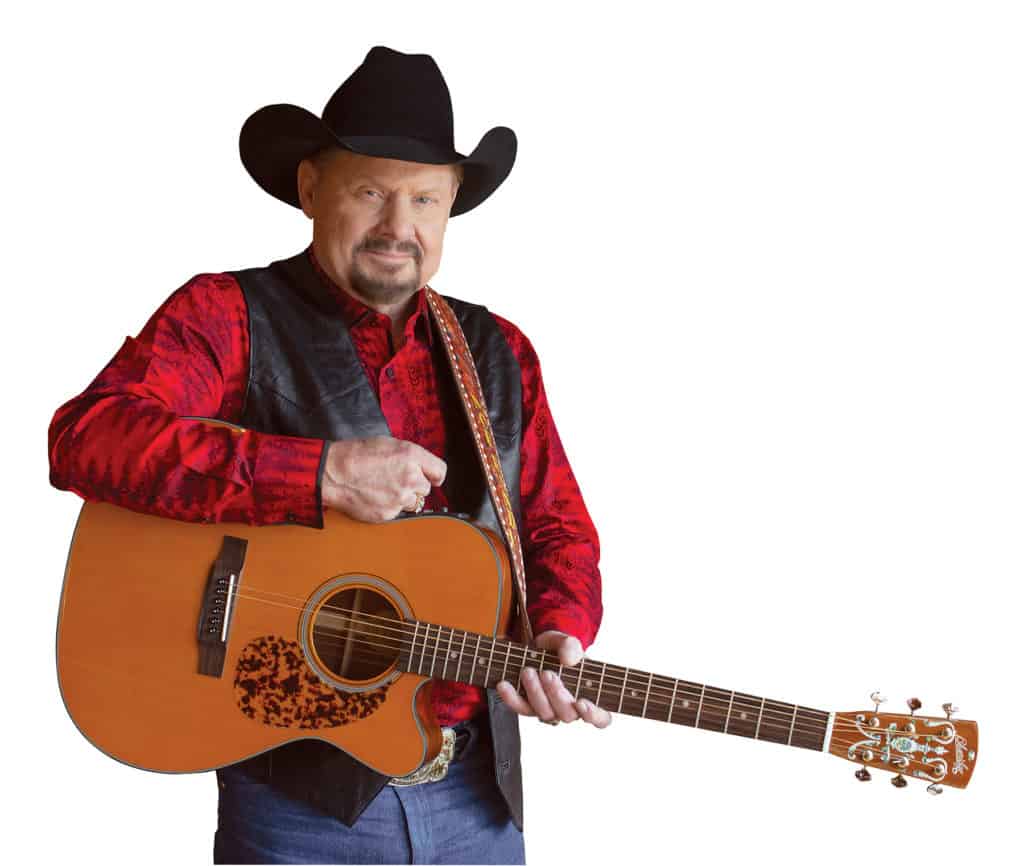 Moe’s long string of hits include “Bandy The Rodeo Clown”,“Hank Williams, You Wrote My Life”, “Till I’m Too Old To Die young”, “Americana”, “It’s A Cheatin’ Situation”, “Just good Ol’ Boys”, “Barstool Mountain”, “I Cheated Me Right Out of You”, “I Just Started Hatin’ Cheatin’ Songs Today”, “Rodeo Romeo”, “You Haven’t Heard the Last of Me”, “Holding The Bag” And dozens of other chart-toppers. Whether writing, recording new songs or travelling the world performing. Moe keeps one of the busiest schedules in show business.

Some of his noteworthy accomplishments are:
10 # 1 Hits, 40 Top Ten Hits, 66 Chart Hits, 5 Gold Albums, ACM Song of The Year, ACM most Promising Male Vocalist of the Year, American Video of the year, ACM and CMA Duet of the Year.

Country music legend Moe Bandy has come a long way from his bull riding days in Texas. Not to mention his years as a sheet metal worker by day and playing Honkey Tonks at night in and around his hometown of San Antonio, Texas. In the mid-seventies when the country pop Kenny Rogers, John Denver and the outlaw sound of Waylon and Willie was at the rage, along came the traditionalist Moe Bandy.

The Texas singer with twin fiddles and steel guitar in the band kept Texas-style Honkey Tonk music alive, but it wasn’t easy. In 1972 Moe met record producer Ray Baker on a hunting trip and convinced him to listen to some demo tapes he had made. Baker agreed to produce Moe if he was willing to pay for recording session. Moe agreed and out of that session came Moe’s first hit song “I just Started Hatin Cheatin’ Songs Today”.

GRC records
GRC records picked up the song and released it nationally where it became a top 20 hit and that was just the beginning. Moe followed up with “It Was Always So Easy (To Find An Unhappy Woman)” and his first #1 hit “Bandy The Rodeo Clown”. His songs never strayed far from the traditionally Honky Tonk fare. Loving, cheating, drinking and patriotic songs formed the core of his music.

Moe continues to perform to packed houses all over the world. More than anything else Moe loves to perform for his countless fans. Be sure to check out Moe’s website MoeBandy.com because he just might be coming to a town near you!