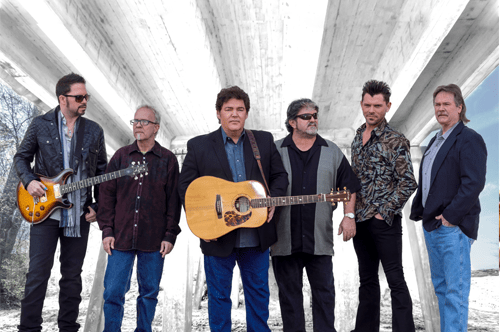 Shenandoah has released two albums which have been certified gold by the Recording Industry Association of America. The band has also charted twenty-six singles on the Billboard Hot Country Songs charts, including the Number One hits “The Church on Cumberland Road,” “Sunday in the South” and “Two Dozen Roses” from 1989, “Next to You, Next to Me” from 1990, and “If Bubba Can Dance (I Can Too)” from 1994. The late 1994-early 1995 single “Somewhere in the Vicinity of the Heart,” which featured guest vocals from Alison Krauss, won both artists a Grammy Award for Best Country Performance by a Duo or Group with Vocal.

This will be a Christmas show that will feature holiday music as well as the great Shenandoah songs you have come to love as well as songs off their new album! A rare opportunity to see a legendary Country Band in the most intimate venue in Texas!