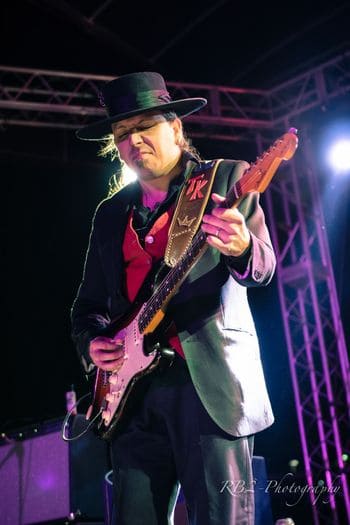 Tommy’s big dream was that someday he could go to Texas to play the blues. Just a few years later his dream came true. His first visit to Texas was in 2006. He attended the Stevie Ray Vaughan fan club tour and the SRV Ride and concert in Dallas. He was able to play with local Texas greats such as Wes Jeans, Texas Slim, Jim Suhler, Cheryl Arena and Alan Haynes.