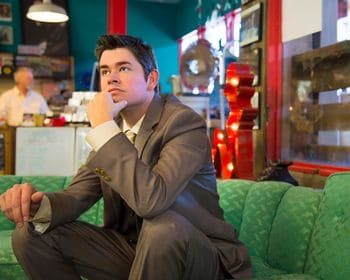 The Crooner: A Vegas style show as big as Texas, featuring Andy Meadows and his Big Band paying tribute to his biggest musical influences like Sinatra, Dean Martin, Nat King Cole, Eddy Arnold, Jim Reeves, and George Strait. Plus, a little Big Band and Western Swing and a few of Andy’s crooner style originals. It’s a non-stop show with one of the best big bands in Texas, synced visual elements for every song and funny bits. Andy’s also been known to channel Elvis and Neil Diamond for a song or two and loves to get out into the crowd and do interactive bits and giveaways.