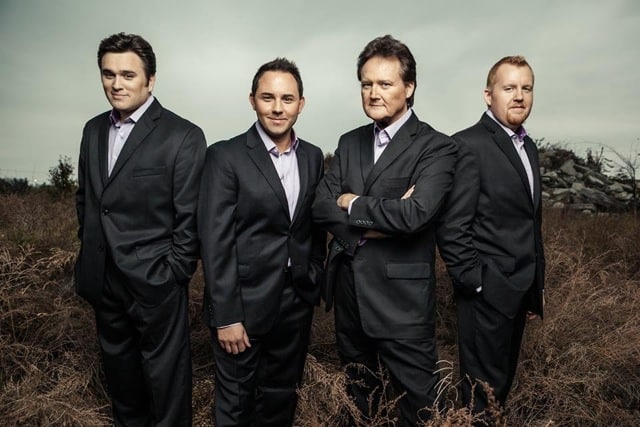 The year was 1934. Brothers Roy, Doyle and James Blackwood, along with Roy’s son R.W., formed what was to become the most beloved and respected gospel group of all time, The Blackwood Brothers Quartet. Bill Shaw and Bill Lyles eventually joined the group and together with James and R.W. Blackwood, this quartet went on to be featured on several TV shows including The Barbara Mandrell and the Mandrell Sisters, the beloved American classic, Hee Haw and the prestigious Arthur Godfrey Talent Show in 1954. A few weeks later, that same year in Clanton, Alabama, tragedy struck when two members of the group, R.W. Blackwood and Bill Lyles, were killed in a plane crash. After the accident, many fans and critics alike believed that the quartet would not be able to go forth. However, as fate would have it, R.W.’s youngest brother, Cecil Blackwood joined the group along with the bass singer, J.D. Sumner, silencing any doubts the public had about the quartet continuing to be a force in gospel music.

Despite the family tragedy, earlier that same month saw the birth of Cecil Blackwood’s son, Mark, who has held on to the tradition and sound that has made the Blackwood name world famous. Mark joined his family in the Blackwood Brothers Quartet in 1986, where he sang lead for many years alongside his dad, Cecil and many other talented singers. Mark also worked as a producer on the Grammy award winning Blackwood Brothers albums of the early 1980s. In 2012, Mark Blackwood formed the Fabulous Blackwood Quartet. The group tours regularly and brings the word of Christ through song, to both believers and non-believers alike. The quartet has had the privilege of performing with Willie Nelson and many other great artists. Recently, we have seen our popularity grow among Elvis tribute artist fans, as well. Come and join us at a concert near you and make sure to stop by and talk to us when it’s over. See you on the road soon!

Two Dudes present: 80's for the Ladies....and the Fellas too