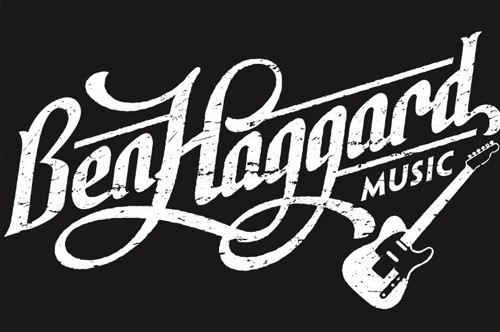 “I live the kinda life most men only dream of/I make my livin’ writin’ songs and singin’ them,”Merle Haggard, “Footlights”

For fans of his late, legendary father, country music great Merle Haggard, his youngest son Ben is no Stranger – in fact, he’s been the lead guitarist in Hag’s longtime band of the same name for the past eight years, since he was 15 years old, fitting in easily with veterans like musical director Norm Hamlet and Scott Joss.

Ben was a regular on Merle Haggard’s recordings, took the stage with him and the Highwaymen (Willie Nelson and Kris Kristofferson) as well as Blake Shelton for a memorable performance at the 2014 Grammys and for the 2012 “All for the Hall” show besides two of his idols, Vince Gill and Keith Urban. Earlier this year, Ben was featured with the Strangers backing Toby Keith for a Merle tribute on the nationally televised American Country Countdown Awards. He also contributed versions of “Mama Tried” and “Sing Me Back Home” to 2014’sWorking Man’s Poet:Tribute to Merle Haggard album which also featured Toby Keith, Jason Aldean, Jake Owen, Luke Bryanand Dierks Bentley.

Since Merle’s death on April 6, 2016 – which was also his 79th birthday (a fact he had eerily predicted)– Ben Haggard hasn’t missed a beat, passing on the legacy of his dad’s music with brother Noel and the Strangers, joined on several dates by longtime friend Kris Kristofferson, opening for another frequent Hag partner, Willie Nelson.

Taking the torch from the Haggard paterfamilias, Haggard recalls a conversation he had with Merle, who sported what his son described as “a look of great depth in his eyes… He was always right about something he said because he had thought about it for so long. He overanalyzed everything to the finest degree in the most artistic way possible.”

Ben recalls Merle telling him, “You’d be an idiot not to take my guitar and my bus, not to sing my songs for as long as you can… Go out there and play until there’s nobody to play to.”