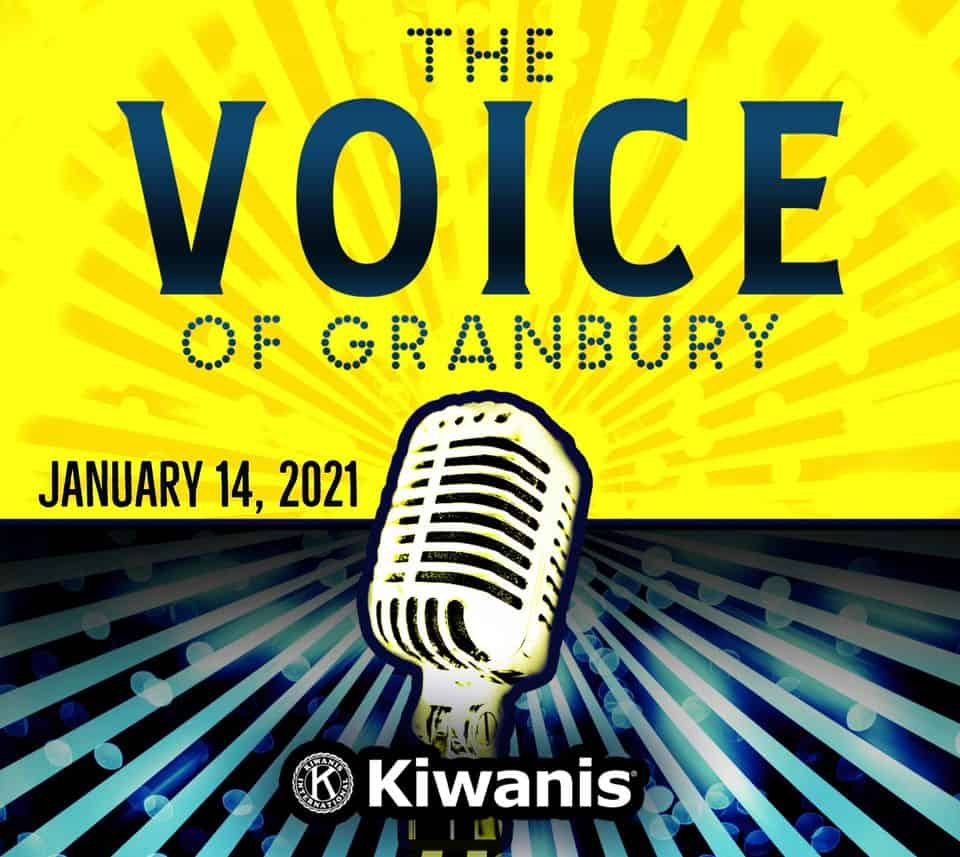 This is a fundraiser for the Granbury Kiwanis Club. All ten singers will perform a song in the first round, followed by a round of voting. The top five finishers will advance to the second round, where they will perform a second song. After a second round of voting, our top three finishers will qualify for the final round, where they will perform a third song. After the final round, there will be a final round of voting, and then we will announce our winner. Our top finisher will also pocket $350. All tickets are $30, and an unlimited number of additional votes are for sale for $10 each. Our contestants are as follows: Michael Powell, Ashley Green, Brayton Mitchell, Crystal Douglass, Jesse Overton, Lizz Schellhorn, Aurora Lawson, Ken Sapp, Hannah Swaim, and George Tasic.

Oh What a Night