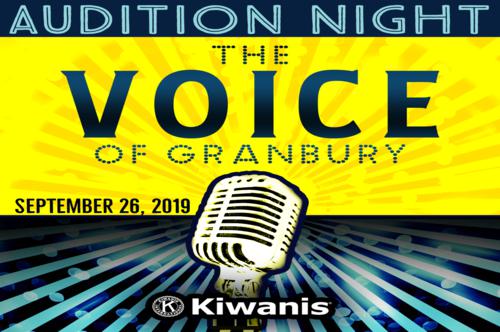 A Fund Raiser for the Granbury Kiwanis Club

This is a fundraiser for the Granbury Kiwanis Club, with the top three finishers qualifying for the Voice of Granbury main event next January. All 14 singers will perform a first song, followed by a round of audience voting. The top seven will then perform a second song, followed by another round of voting. Audience members will be given three tokens to cast as votes for their choice, and may do so in either round. Unlimited additional tokens will be available for $10 each. All proceeds go to local scholarships and other charitable work in our community.