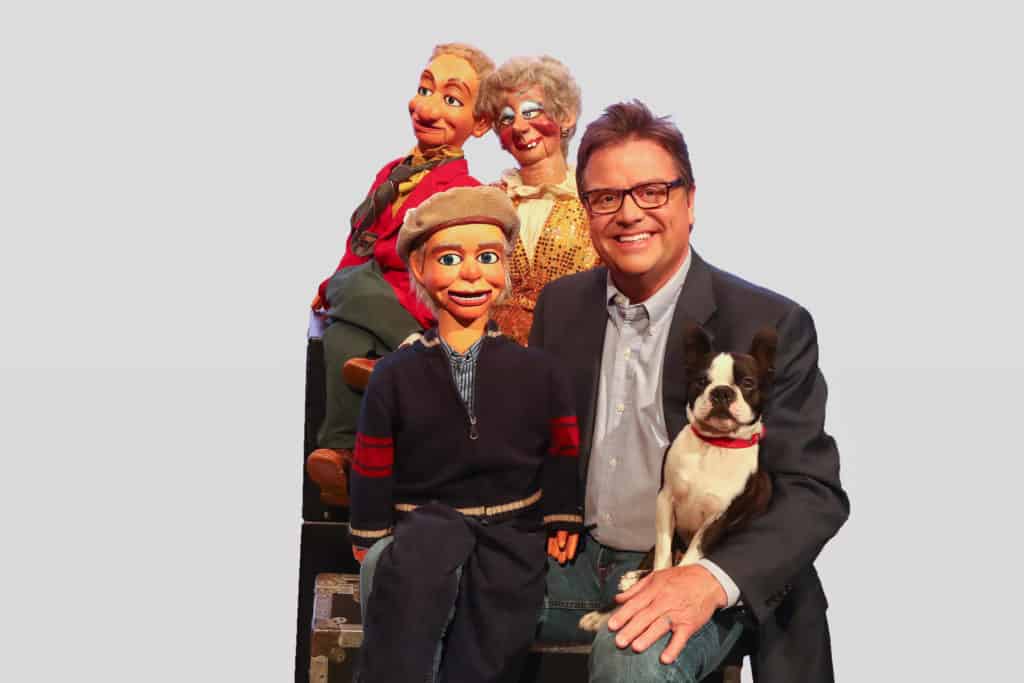 America’s Got Talent Finalist ,Todd Oliver Coming To The New Granbury Live!!
Have you ever met a talking dog, a real talking Dog? Get ready, because on Feb 25-27, 2022
you’re going to meet the funniest comedian on 4 legs!
Irving; with a little help from his friend Todd Oliver, is going to talk up a storm.
If you ever wondered how a dog looks at life, this little home raised companion is going to give it
to you straight from the dogs mouth. He won’t mince words, and if he does its Todd’s fault
anyways.( He’s a ventriloquist)
Todd Oliver grew up loving dogs, ventriloquism, music and magic. As a young boy he studied
piano, guitar, voice, and the variety arts. Along the way he created some wooden headed
characters and performed around the world. You’ll also meet a bunny named Alice and 3
beautiful birds.
Todd Oliver and Friends have been a feature on Late Show with David Letterman, The Tonight
Show with Jay Leno, The Late Late Show with Craig Ferguson, The Today Show, a couple
episodes of Walker Texas Ranger, and in 2012 they were a top 4 finalist on Americas Got
Talent.
A major draw for many years on Showboats in Branson MO, and Nashville TN, as well as other
major entertainment venues, Todd is now touring, bringing his brand of clean family fun to towns
across America.
So sit back and get ready, you might even be on stage yourself, Todd turns audience members
into real live Ventriloquist dummies! , Either way on April 15-17 at The New Granbury Live
you’re going to have a doggone good time with Todd Oliver, The Funniest Night Of Your Life ”