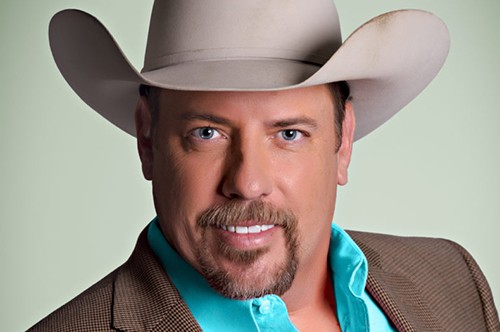 OUT OF TEXAS COMES THE REAL DEAL, COMEDIAN WILLIAM LEE MARTIN
William Lee Martin is a storytelling comedian who takes audiences on a fulfilling journey, leaving them with “favorite
routines” more than “favorite punchlines.”
Whether he’s proudly speaking of his youngest daughter’s designation as “class-clown,” or sharing the twists and turns of
his recent vasectomy, Martin humbly reveals his true self for the sake of a good laugh.
But don’t be fooled by Martin’s 6-foot-2-inch outward appearance, which includes his signature cowboy hat, boots and
Texas drawl, as his on-stage persona is not act – his middle-America storytelling is as genuine as it gets.
Void of one-liners, politics and bathroom humor, the comedian draws from real life experiences. Martin’s vibrant routine
reflects life as a husband, father and friend. And that authenticity is connecting with mainstream America, crossing
culture lines and social status boundaries.

But no matter the topic, Martin’s gentlemanly wit and charm shine brightly like his wide Texas smile. His humor is sharp,
original and occasionally laced with sarcasm and innuendo, but without the overt adult language prevalent with so many
in today’s comedy landscape.

And you can now see Martin’s wonderful stand-up on display with his near-simultaneous release of two stand-up comedy
specials: “Standing in the Middle,” and his holiday-centric performance, “The Nutcracker.” Both titles were added
to SiriusXM comedy channels (Laugh USA and Comedy Roundup) and are available for rent or purchase on Amazon
Prime, iTunes, Apple TV, Google Play, Direct TV, Dish and other online platforms.

When Martin’s not touring theaters and clubs, he can be found as a top-rated headliner on Carnival Cruise Lines, or
hosting his weekly Podcast for Broadcast, called “A Stand Up Dad,” where Martin interviews celebrities and news-makers
about the state of being a modern-day dad.

He and his wife also operate “Cowboys Who Care,” a non-profit organization that provides smiles, support and free
cowboy hats to kids with cancer or life-threatening illnesses.