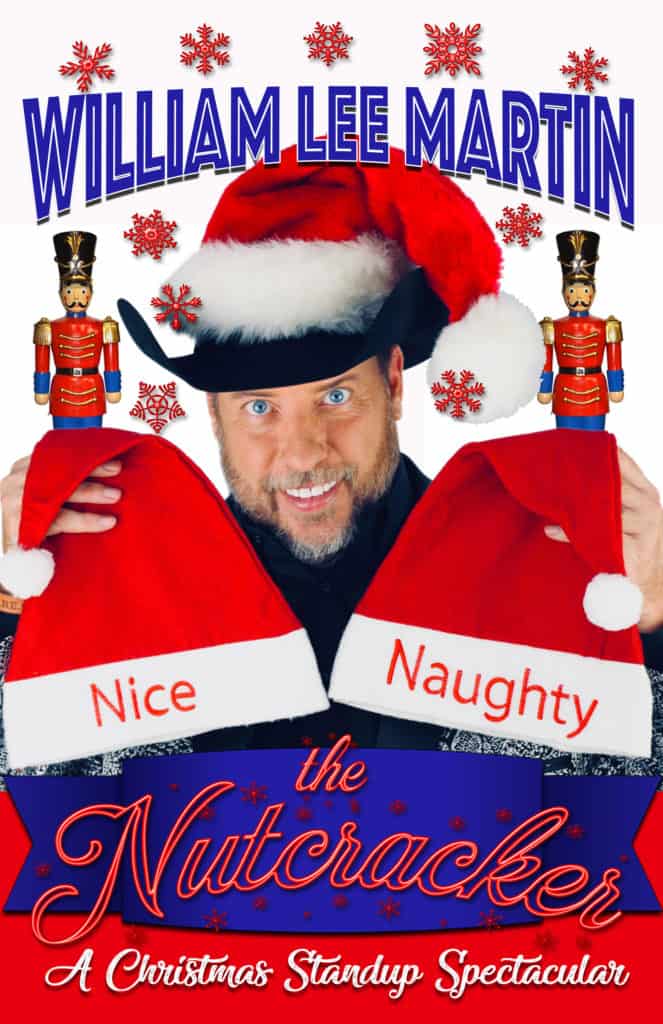 William Lee Martin’s storytelling approach takes audiences on a journey, leaving them with “favorite routines” more than
“favorite punchlines.”
Whether he’s proudly talking about his youngest daughter’s designation as “class-clown,” or sharing the twists and turns of his
vasectomy, Martin humbly reveals his true self for the sake of a good laugh.

With his signature cowboy hat, boots and Texas drawl, it would be easy to lump the blue-eyed, 6-foot-2-inch Martin into the
category of “another guy doing country act.”
But don’t be fooled by outward appearances, as his on-stage persona is no act – his middle-America storytelling is as genuine
as it gets.
Drawing from real life experiences, Martin’s vibrant routine reflects life as a husband, father and friend. And that authenticity
is connecting with mainstream America, crossing culture lines and social status boundaries.

But no matter the topic, Martin’s gentlemanly wit and charm prove he’s no dummy, redneck, or hillbilly. His humor is sharp,
original and occasionally laced with sarcasm and innuendo, but without the overt adult language prevalent with so many in
today’s comedy landscape.
Martin’s out-of-the-box approach is further evidenced by his near-simultaneous release of two stand-up comedy specials:
“Standing in the Middle,” and his holiday-centric performance, “The Nutcracker.” Both titles are available on AmazonPrime,
iTunes, Apple TV, Google Play, Direct TV, Dish and other online platforms.

When Martin’s not touring theaters and clubs, he can be found as a top-rated headliner on Carnival Cruise Lines, or hosting his
weekly Podcast for Broadcast, called “I Tell U Wit.” Martin is also an accomplished songwriter.
Martin and his wife, Michele, also operate Cowboys Who Care, a non-profit organization that provides smiles, support and free
cowboy hats to kids with cancer or life-threatening illnesses.
Throughout his career Martin has toured with George Strait, Brad Paisley, Rascal Flatts, Loretta Lynn, George Jones and all four
of the Blue Collar guys, including Bill Engvall, Jeff Foxworthy, Larry the Cable Guy and Ron White. In 2017, he reverted back to
his real name on and off stage for personal reasons. For 15 years prior, he toured under the nickname his grandfather gave
him, Cowboy Bill.