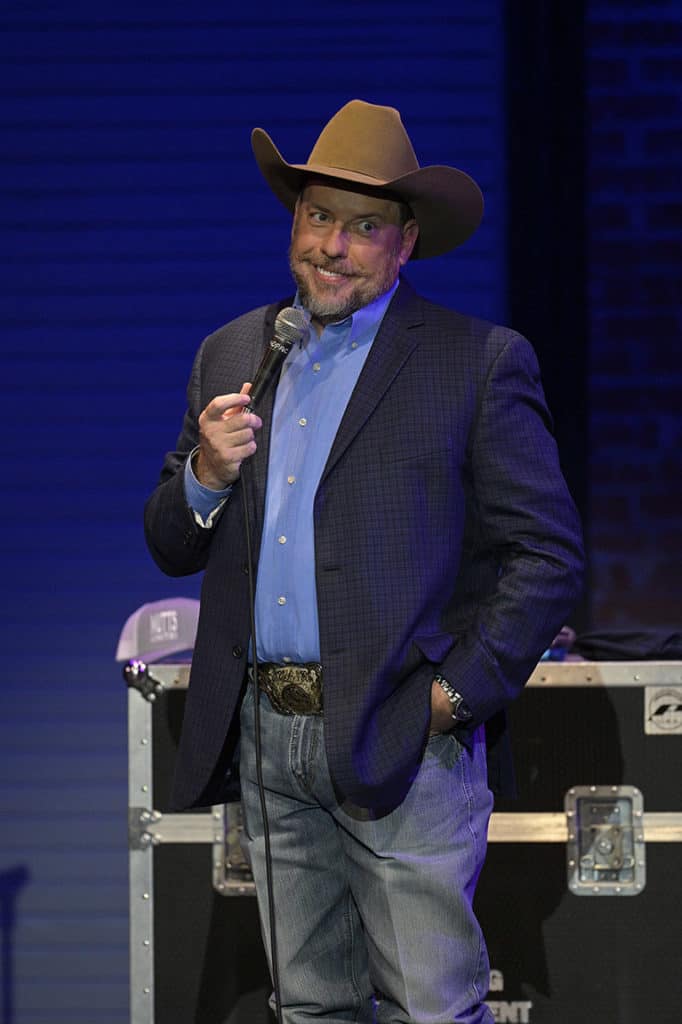 Off the Leash Comedy Tour

Comedian William Lee Martin’s Off the Leash Tour is coming to the Granbury Live in Granbury TX on August 19, 2022. Following the unprecedented success of his 2021 All American Mutt Tour, the Off the Leash Tour features brand new material along with an encore of fan favorites like “Grandma’s Pushy.”

Martin quips, “I am a proud backsliding, beer drinking, tequila shooting, Christian mutt just trying to be the best version of me that I can. During the pandemic, I was deemed ‘nonessential.’ The lesson I learned is that I’m never holding back again. Being Off the Leash is as much as mantra as it is the title of my tour.”

You can see two of Martin’s critically acclaimed stand-up specials, “Standing in the Middle” and the “The Nutcracker” streaming worldwide on Amazon Prime, Apple TV, Direct TV and more outlets.

Originally from Blue Mound, Texas, William Lee Martin sold out shows across the country when he returned to the stage after the 2020 lock down. As a natural storyteller, Martin’s comedy has a down home feel without being folksy, it’s honest without being raunchy, and although Martin works clean, he admits he’s no choir boy.

Mike Crow of Shooter-FM, said, “Martin’s live comedy show is hilariously funny. He doesn’t use foul language but is willing to take material to the edge and lean over as far as he can. He personifies the sophisticated redneck who quotes Shakespeare while drinking a beer.”

With a career that spans 25 years, many remember Martin by his original stage name “Cowboy Bill”, which is also his real life nickname. Today you can connect with him via his “4pm Daily Talk Y’all” on Facebook, where since the start of the pandemic he’s brought positivity, a lot of laughs, and some levity to his nearly half a million followers. You can also watch him on TikTok, where he has over 2 million likes.