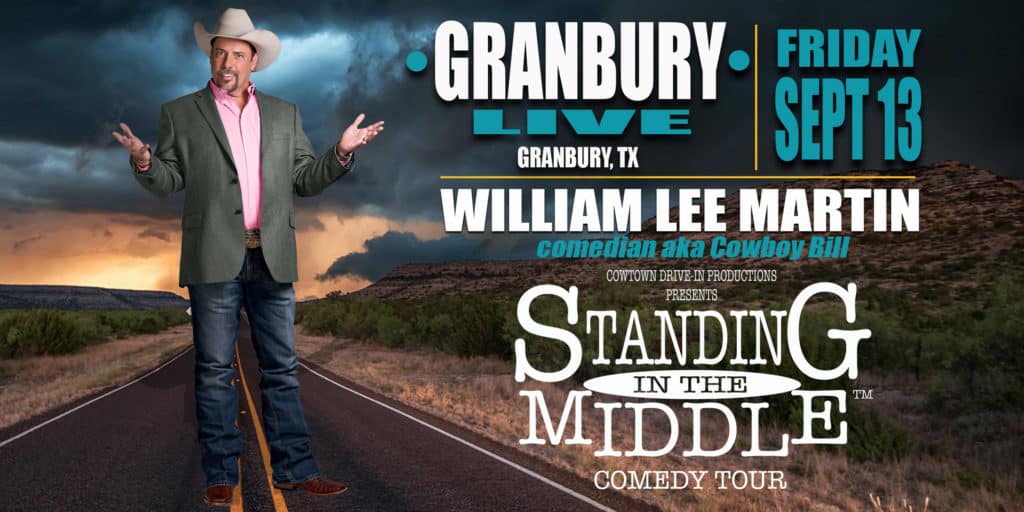 Country Comedy at its Finest!

Quitting your job and starting a comedy career 4 days before turning 30 is probably not what a lot of people would do, but that is exactly what comedian William Lee Martin did in 1996. Three short years later he was opening for country legend George Strait at the Alamo Dome in front of 75,000 fans!

Rising quickly to the role of headliner in some of the most prestigious clubs In America including Funny Bones, Improvs, and Catch a Rising Star, he became a Vegas regular. He also entertained our troops overseas!

Finally in 2015 he got his first 1 hour TV special on CMT which was seen in over 1.7 million homes! His career has continued to soar as he regularly appears on the CMT network , TCN network, and does shows from coast to coast.

If you are ready for some good ol country laughing and fun which is appropriate for any and all, don’t miss this show!