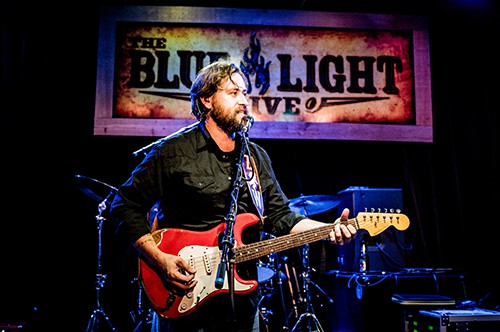 Zac Wilkerson is a soul rocker from the country. Powerful, soulful vocals and a driving guitar style combine with poignant songwriting to deliver a new take on Americana, Soul, Country, and Rock,. He cut his musical teeth in a country church where he started singing at 4. At a young age, he discovered his parent’s country, soul, Motown, rock, and folk records, creating a musical foundation with as much variety as passion. By 12, Zac played several instruments, including piano and guitar, which led to songwriting that same year. He stumbled into a career in music after being tricked into entering, and then winning. “The Blue Light Live Singer Songwriter Contest in 2011. He has since etched out a strong following across the Texas music scene and beyond, with his work appearing in Nationally Syndicated and Regional Radio, and Local and Prime-Network TV. He was one of Drew’s featured artist on the Road Less Traveled in the summer of 2017.