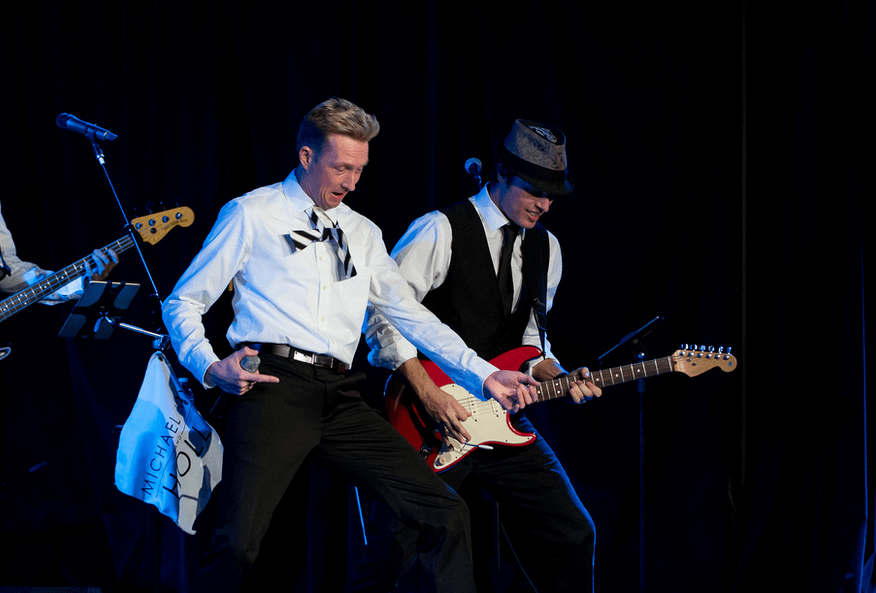 The New Granbury Live has had its doors open for just over a year. There have been some great shows, and some well-known national entertainers who have adorned the Granbury Live stage during that time! I think about the Bellamy Brothers, Gene Watson, Moe Bandy, Janie Fricke, Gary P Nunn, and I get a little weak in the knees. I mean, these shows were simply fantastic, and you wonder how a show could get any better.

This past weekend, the one and only Michael Hix appeared at Granbury Live. For those of you who have never seen Michael, let me just say he is a talented singer, but truly one of the best entertainers I have ever witnessed. He has an energy level which is off the charts, and for the two sold out crowds that saw him Saturday, the music, laughter and fun was non-stop. Michael just kept pouring on his personality and the audience gobbled up every spoonful he dished out! I do not remember being to two shows in one day where the audience was more pleased and satisfied with the performance they just saw. Michael was simply spectacular by any type of measurement! I would stack him up with anyone for entertaining a crowd!

Michael will be back at GBL on September 1, performing and as the MC for “The Best Show Ever”, our new hit variety show which people are absolutely in love with! He will also be back on October 20th for two shows; one at 2 and another at 7pm, and for four fun filled Christmas shows on November 30, December 1 and December 2. Get your tickets now, and I mean right now, because I promise these shows will sell out just like this past weekend. You don’t want to miss Michael!

See you at the shows!