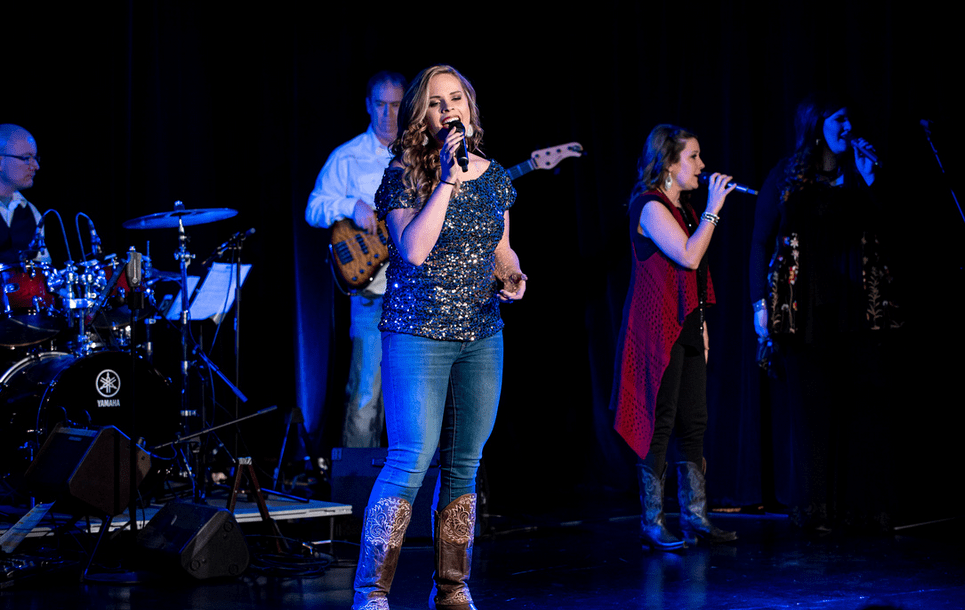 When a show comes together, there is an electricity in the room and an excitement which is almost palpable! Such was the case this past Saturday night as Holly Tucker joined the Granbury Live Follies to present “Classic Country”. The Texas CMA Female Vocalist of the Year did not disappoint, as she sang songs across the country music landscape, and ended with a crowd-pleasing rendition of “How Great Thou Art”.

Joining Holly and the rest of the amazing Granbury Live Follies crew was Andrew Sevener and Wisper Cox; Andrew being the Champion of our recently concluded Texas Spotlight competition and Wisper being a finalist. Both young talents knocked it out of the park and there were a great many people in attendance who commented they anticipated seeing those young performers on the national music scene someday!

Have you ever been to one of our Follies show? If you haven’t you missed a great one this past Saturday. Our next Follies show is March 24th and is called “The Times They Are A Changing” and will feature some of the best songs from Rock and Roll from 1964 to 1974. So if you like the Beatles, the Beach Boys, Motown, the California sound, and all the other music which may this time of change so memorable, you won’t want to miss it!