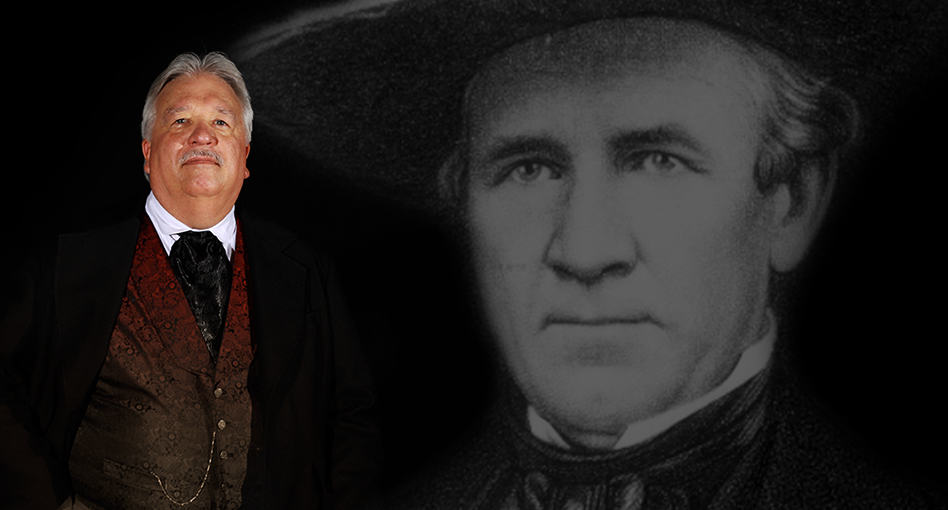 Texas history is full of unique and memorable leaders. Lyndon Johnson, Ann Richards, Sam Rayburn, and Stephen F Austin were all unique and one of kind characters. For example, Stephen F. Austin never married, saying his bride was the land of Texas which had stolen his heart completely! Now that is commitment!

With all that being said, I am  sure there will never be a more iconic character than the first President of the Republic of Texas, the great Sam Houston. He was a statesman, a war hero, the member of an Indian tribe, a General, a soldier, a politician, and so much more.

Here at Granbury Live on Feb 16, March 11, April 20 and April 22 the theatrical performance “The Lion of Texas-An Evening with Sam Houston” will be presented. This one-man show has received rave reviews and acclaim from around the state and is performed in much the same style as the legendary Hal Halbrook in his immortal show “Mark Twain Tonight”.

Often humorous and chock full of anecdotes which will entertain and amuse, the dramatic story of the birth of Texas is sure to stir the blood of native Texans and invigorate all those who have immigrated. There is no better tale than the story of Texas and who better to tell it then Sam Houston?

Tickets are available now, so claim your seat to this wonderful show at the most intimate venue in Texas! . Come out and enjoy a theatrical performance which is sure to inspire, amuse and stir your heart with Texas pride!