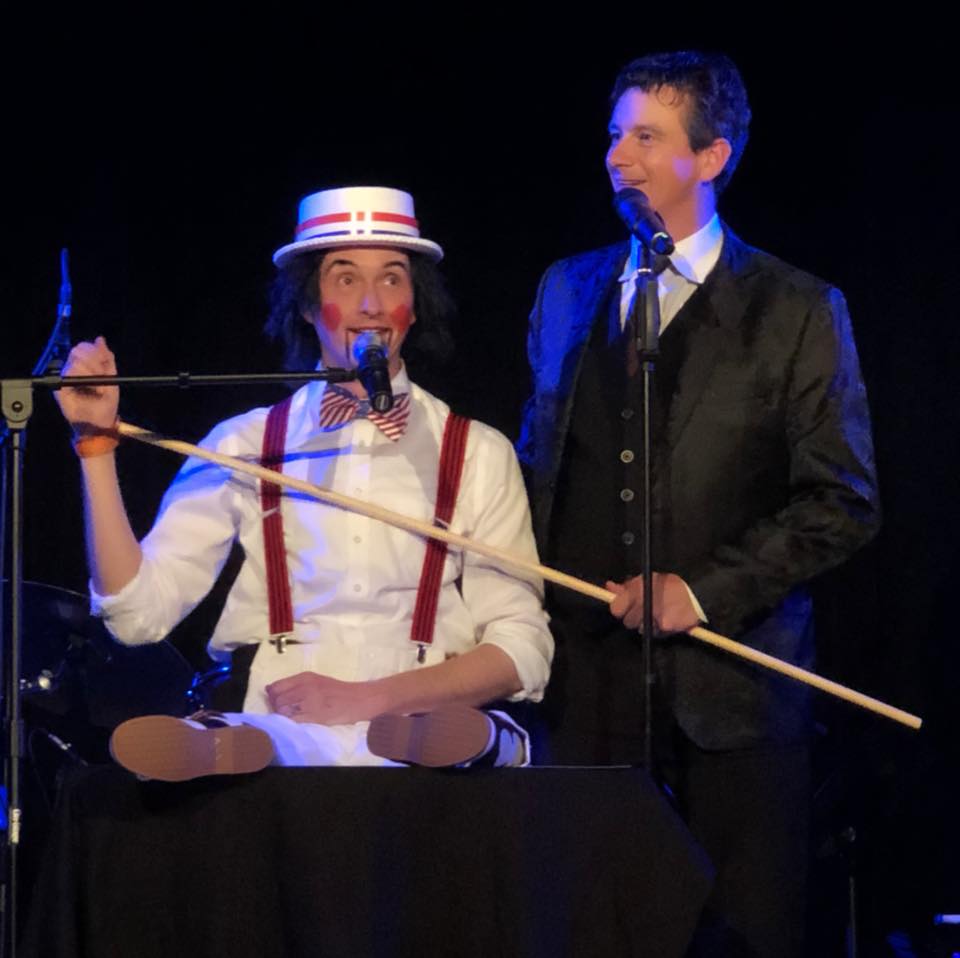 This past Saturday, the incomparable Michael Hix was at Granbury Live performing a show called “Lets Go to Vegas”. Sadly, I was out of town on other business for Michael’s performance, but when I got back in town and went to breakfast Monday morning at my favorite diner (#Pam’s), before I could even sit down two of my breakfast crew regulars told me they had been to Michael’s show and had the time of their lives!

They kept saying repeatedly, “Where does he get that much energy…I was exhausted just watching him!” They also commented on his originality as demonstrated in the comedy skit where he plays the “dummy” to his drummer, Josh Rogers, who plays a ventriloquist. Well I am here to tell you Michael is not dummy, in fact, he is a comedy and musical genius, but he and Josh brought the house to their knees in laughter.

I am told the most poignant moment in the show was when Michael brought a young girl up on the stage and asked her to sing with him, and when he asked for her favorite song, she said “Jesus Loves Me”. Well Michael never missed a beat and he and the young lady were soon joined by the crowd in for a very special Granbury Live moment.

When I got to my office there was an email from Michael, telling me he was sorry we didn’t get to see each other at his show, telling me how great the audience was and how terrific my staff had treated him. You see my friend Michael is just as nice a guy as he is a talented guy. He and his wife Ginny make a great team and I am pleased they are my friend, and part of the mix here at the New Granbury Live.

Michael will be back May 5 th for two shows: one at 2 and one at 7pm. If you missed his performance this past weekend, get tickets for his new show, “Motown Madness” and have one of the best times you can have anywhere, at any price. The best part will be your opportunity to watch a one of the really “good guys” is show business!